Authors > ‘One For My Baby’ & ‘Zapple Diaries’ Reviewed on BBC Radio

Two of our books received some positive coverage on BBC Radio Merseyside.

Presenter Spencer Leigh, himself an author, hosted a ‘Rock Books Special’ on his regular show On the Beat. 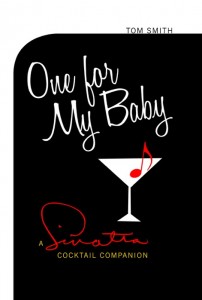 ‘I was honoured to review this . . .  It’s a really good fun read. I read it on the train; I wish I’d read it at the bar! . . . It gives a very good light-hearted insight into Sinatra . . . You’ll have one good time reading about his life. It takes him from the bobby-sox era to his maturing as an artist and as a man . . . The fundamental thrust throughout is the way booze and his persona as the saloon-bar singer is central to his character and the making of the man . . . What’s also very good about the book is that it gives really good insight into the singer, his drinking buddies and the infamous drinking dens they frequented; it also tells you how to make the cocktails they liked, accompanied by fascinating anecdotes . . . I really enjoyed it. Author Tom Smith captures the balance fantastically between biography and cocktail companion. A fantastic book. I’d love to open it on Christmas Day. I give the book overall eight out of ten and every single cocktail ten out of ten.’

‘I enjoyed the book . . . What’s really interesting is that Zapple – named by John Lennon and developed by Barry Miles and Paul McCartney – concentrated on American spoken-word recordings of Beat poets and writers such as Ginsberg, Ferlinghetti, Brautigan and Bukowski rather than music, although John and Yoko and George Harrison had albums on the label . . . It was Paul who seemed especially keen to include the major American writers . . . It all happened in an amazing burst. As someone who grew up loving those writers, that is the main interest of the book. It’s part of the Beatles’ world and it’s part of the Beatles story. I would give it a seven out of ten.‘

Tweet
← ‘Oh Yes It Is!’ Pantomime Season Ahead
Alek Popov – A Bulgarian in New York →