The final volume of the Alberta trilogy finds Alberta, now with a young child, in Paris immediately following the First World War.

Her marriage already failing, Alberta is seduced by a French writer and First World War veteran, sympathetic to her creative needs. Still she finds her life unfulfilling and soon returns to Norway where she hopes to become fully independent. With subtlety and insight, Sandel depicts the corrosion of a relationship against the background of tumultuous events. Sandel has been compared with the likes of Charlotte Brontë, Jean Rhys and Virginia Woolf, and the Alberta novels have been hailed as classics of bildungsroman and feminist literature.

Praise for the Alberta trilogy

'Cora Sandel keeps on the essentials with a sure poise and distance that has deserted the novelist today. There is no raucous insistence, no flurry of words or metaphors . . . but it is all there, the pressures of economics, psychological and social forces that have placed Alberta where she is.'– Guardian

Translated from the Norwegian and introduced by Elizabeth Rokkan


CORA SANDEL was born Sara Fabricius in Oslo in 1880. After a difficult childhood in the northern Norwegian town of Tromsø, she wrote the semi-autobiographical Alberta trilogy (of which Alberta and Jacob is the first part). These novels earned her an immediate place in the Scandinavian canon, but it was not until the 1960s that Sandel, now living as a recluse in Sweden, was discovered by the English-speaking world. Her books were acclaimed in the mainstream press, and feminist critics reinvented her as a champion of women’s emancipation. She wrote many other novels and short stories and was awarded a State Pension for artists by Norway. She died in 1974. 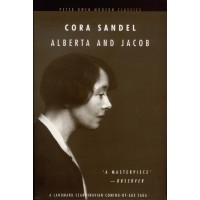 Book one in a trilogy of coming-of-age novels. This is the story of Alberta Selmer, a young woman .. 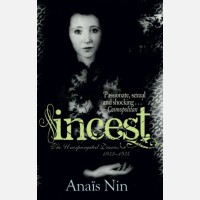 ‘The turbulence of the prose, compared with that of the previous diaries, fully conveys a life lived..