JOSPEH ROTH (1894–1939) is one of the great European writers of the inter-war years, best known for the novels Flight without End, Weights and Measures and The Radetzky March. Just as F. Scott Fitzgerald (to whom he is often compared) chronicled the uncertainty and hedonism of the jazz-age USA, Roth’s subject was invariably the 1920s’ political and spiritual vacuum left by the collapse of the Austro-Hungarian empire.

Born in Brody, Galicia, which was then part of the Austro-Hungarian Empire and is now present-day Ukraine, Roth served in the Austrian army between 1916 and 1918. After the war he moved to Vienna and worked for newspapers in Austria and Germany. He established a reputation for himself as a brilliant and insightful journalist. As early as 1923 he warned against the threat of Nazism, travelling extensively not only across Austria and Germany but all over Eastern Europe and Russia where he reported on the Russian revolution. In 1933, with his warnings about Fascism unheeded, he left Germany in disgust and moved to Paris where depression and alcoholism overcame him. He drank himself into an early grave in 1939.

Although his themes were invariably serious – the decay of the Empire, anti-Semitism, alienation, greed, moral responsibility and self-destruction – he, like all great writers, was possessed of an understated comic touch and overwhelming compassion.

‘Writing about the death of an empire and the end of an era Roth perhaps seems to have more to say to us now than ever before … At school, I was forever having to study the Habsburg Empire; it was only reading Roth, years later, that gave it human colour and meaning, to the point where it now strikes me as being the main story of our continent.’ – Michael Hofmann, translator

Perlefter: The Story Of A Bourgeois

From the author of The Radetzky March The unfinished Perlefter: The Story of a Bourgeois ..

The Antichrist’s singularity amongst Joseph Roth’s work stems both from the urgency that courses thr..

From the author of The Radetzky March In The Hundred Days, Joseph Roth provides a poignant loo..

From the author of The Radetzky March The Silent Prophet is the result of Joseph Roth’s visit .. 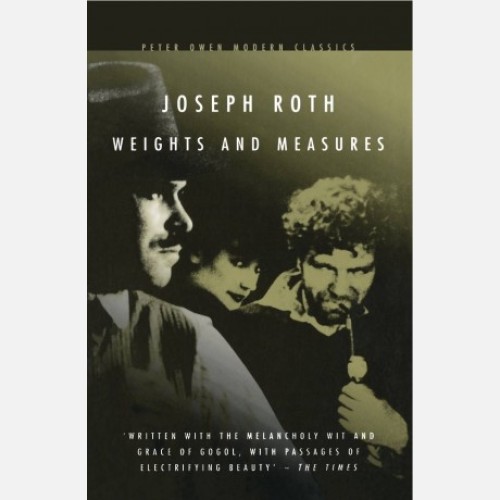 Once upon a time in the District of Zlotogrod there lived an Inspector of Weights and Measures whose..