Book I in the Bedlam Trilogy

London, 1854: Nina, the wife of an ambitious doctor, is heavily traumatized by the death of her young daughter and finds herself mysteriously transported 150 years into the future. A tourist in the 21st century, she believes she is witnessing a Utopia, with the grime and evil of Victorian London expunged, and while in the future, she embarks upon a brief affair. Returning to her own time, her husband takes fright hearing of her experiences and has her committed to Bedlam, where she meets Richard Dadd and finds another Utopia under the charge of a doctor with 21st-century ideas on patient rehabilitation. Meanwhile, her husband is on a collision course with her lover who is traveling to find her from another time, in this mesmerizing blend of time travel, Victoriana, and romance.

'The delight of Miller's narrative is in determining whether the heroine really is mad. If so, it's infectious, as the lonely architect who rescues her in the present day is left to wonder if he too experienced a brain fever, or whether the slightly rank early Victorian corset abandoned in his living room is for real. --Alfred Hickling, Guardian


MIRANDA MILLER was born in London in 1950 and has lived in Italy, Japan, Libya and Saudi Arabia. She has published six novels to date, including Loving Mephistopheles and Nina in Utopia, in addition to a collection of short stories set in Saudi Arabia called A Thousand and One Coffee Mornings and a work of non-fiction into the lives of homeless women. 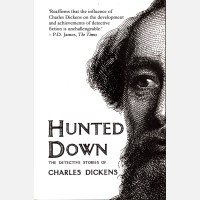 Hunted Down: The Detective Stories Of Charles Dickens

This collection reaffirms that the influence of Charles Dickens on the development and achievements ..

The Fairy Visions Of Richard Dadd

Book II in the Bedlam Trilogy In The Fairy Visions of Richard Dadd Miranda Miller returns to Bethle.. 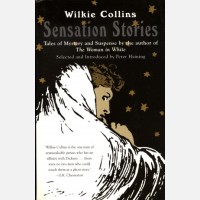 Tales of mystery and suspense by the author of The Woman in White and The Moonstone. The ‘Sensation..