Jacques Forrestier, the central character of Cocteau’s famous first novel from 1921, is a parasite and dilettante who responds readily to beauty in both sexes. Leaving his provincial family he comes to Paris to study for his degree. Indulging in a life of dissipation with a group of students and their mistresses, he falls in love with Germaine, a chorus girl kept by a rich banker. The affair, doomed from the start, forces Jacques to come to terms not so much with society as he finds it, but with himself.

A sparkling evocation of the Parisian scene of the 1920s, The Miscreant is also a study of loneliness and youthful disenchantment showcasing the savage irony and epigrammatic wit that consistently distinguished Cocteau’s brilliant and highly individualistic prose style.

‘Butterfly-like, brilliant, febrile … Cocteau’s famous novel was all but a bible to avante-garde intellectuals of the 1920s.’ – Elizabeth Bowen, Tatler

‘It is the book’s universality that engages us: its persuasive account of Jacques’s first love affair with the revue artiste Germaine, and his discovery that sexual behaviour is far too complex not to contradict the dreams of an adolescent … This adolescent world – recognizable and timeless – is so well realized the The Miscreant may seem unconnected with what was to come.’ – Times Literary Supplement


JEAN COCTEAU was born in 1889 in Maisons-Laffitte, Yvelines, a village near Paris. He is regarded as one of France’s greatest men of letters. A multi-faceted talent, he achieved distinction as a poet, playwright and critic, as well as an artist, illustrator, composer, actor and film-maker. Among his best known novels are Les Enfants Terribles, Thomas the Impostor and The Miscreant. He died in 1963.

Jean Cocteaus personal reminiscences and drawings of his esteemed contemporaries from a generation o.. 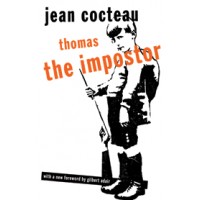 Thomas the Impostor is set at the outbreak of the First World War and is based on Jean Cocteaus expe..