With a foreword by Pico Iyer

Siddhartha is a short novel about the life and spiritual journey of one man in ancient India, seemingly a simple tale told in a simple, lyrical style. But together with an uncanny empathy for his characters and often awe-inspiring human insight, Hesse displays mastery of the profoundest themes: in just 152 pages, the reader attains total immersion in a truly gripping quest for enlightenment, making Siddhartha one of the great literary experiences.

This limited hardback edition of Siddhartha marked the 50th anniversary of the death of one of the greatest writers of the twentieth century, Hermann Hesse, and the abiding influence of a great work. This beautifully-bound deluxe edition incorporates the acclaimed Hilda Rosner translation, an extended essay on the life and legacy of Hesse and the creation of Siddhartha by Jon Hughes, Senior Lecturer in German at the University of London, a foreword by Pico Iyer plus other features making this a collector's item for many years to come.


HERMANN HESSE (1877-1963) is counted among the leading thinkers of the twentieth century. Born in Germany and raised in a Black Forest town, he rebelled against a stern monastic education and worked as a locksmith and a bookseller before embarking on a 65-year writing career. Having traveled as far as India, he settled in Switzerland in 1911 in opposition to German militarism. Awarded the Nobel Prize in 1946, he died in 1963 aged eighty-five. 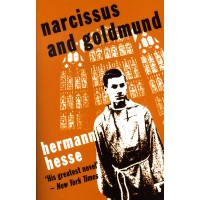 A new edition of the classic novel by Hermann Hesse features a foreword from the musician and artist..

Born into a Swiss village, Peter Camenzind is an introverted peasant boy who becomes a student at Zu.. 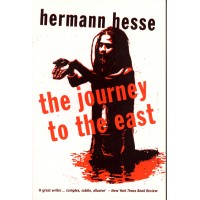 Journey To The East

Translated from the German by Hilda Rosner It was Henry Miller who suggested to this publisher th..