For hundreds of years Guy Fawkes has been portrayed as an extreme figure, a rabid Catholic who not only tried to blow up Parliament but threatened the English way of life early in the reign of James I. In this absorbing study the Historian John Paul Davis reveals Fawkes as far more than a shadowy conspirator with an axe to grind against the Protestant cause. Full of intrigues and insights into the policital age, Pity for the Guy also ultimately reveals Fawkes the husband, soldier, lover, adventurer and perhaps the most misunderstood of English villains.


John Paul Davis is the International Bestselling author of six thriller novels and three historical biographies. His novels include the historical thrillers, The Templar Agenda, The Larmenius Inheritance, The Plantagent Vendetta, The Cortés Enigma and The Cromwell Deception. His non-fiction is similarly acclaimed and includes Robin Hood:The Unknown Templar, Pity for the Guy: A Biography of Guy Fawkes and The Gothic King: A Biography of Henry III.

Pity For The Guy: A Biography Of Guy Fawkes

From the international best-selling author of The Cortés Enigma and The Templar Agenda, comes the tr..

The Gothic King: A Biography Of Henry Iii

Henry III was the son and successor of Bad King John, reigning for 56 years from 1216 the first chil.. 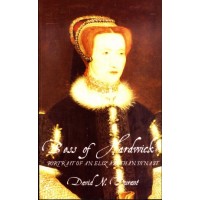 Bess Of Hardwick: Portrait Of An Elizabethan Dynast

The fascinating biography of an extraordinary woman that will be essential reading for anyone with a..