Volume III in the acclaimed Stage by Stage series which chronicles world theatre from primitive rites and enactments of myths to contemporary drama.

Dramatis Personae resumes the Stage by Stage narrative after the disappearance of Greek and Roman drama in the turbulent first centuries of the Christian epoch, tracing the return of religious theatre and ritual, with Passion Plays, Mysteries and Moralities taking over from classical drama while folk farce flourishes throughout the Middle Ages. Starting in Italy with the revival of classical works, the Renaissance produces whimsical new dramatic forms including commedia dell’arte, as well as exalted musical innovations culminating in resplendent operas and opulent ballets. The author studies the impact of the Renaissance in Spain, France, Germany, Holland and in England, where theatre reached an extraordinary climax in the Elizabethan and Jacobean eras.

A vivid picture is projected of the developing theatrical world and the contributions of Kyd and Marlowe, before arriving at Shakespeare. The author gives a detailed summary of Shakespeare’s plays and how they have been interpreted through the centuries since their first performance. The book also discusses the personalities and scripts of many of Shakespeare’s contemporaries – Ford, Beaumont, Fletcher and others now less well known – before evoking the lives and output of Jonson and Webster, two great dramatists who outlived the Bard.

‘This volume is vast in scope, embracing the famous and the obscure … Freud brilliantly shows how the estrangement between church and theatre developed … the author has a great gift for capturing the feel of the past, an extraordinary breath of knowledge and depth of sympathy. This book is not simply a work of reference. It is not a ‘biography’ of the early Modern theatre. It is, appropriately, a pageant.' — Independent on Sunday

‘A compendious study … an absolute wealth of detail and curiousity … Freund is an expansive and erudite guide. This encyclopaediac, fascinating tome is a must have for anyone’s literary reference bookshelf.' — Scotland on Sunday

‘Theatre buffs will welcome historian Freund’s comprehensive survey … the richness is in the details, and nothing is omitted.’ — Publishers Weekly


PHILIP FREUND (1909–2008) was a writer and theatre historian, best known for the 9,000 page series on the history of theatre entitled Stage By Stage, regarded as among the most important and original studies of theatre history ever written. A true polymath who could discourse, lecture and write knowledgeably on a wealth of subjects, Freund would write novels, short stories, essays, plays, works of literary criticism and, perhaps most remarkably, with Myths of Creation (1963), a work of anthropology that ranks alongside the classics in its field. He died in 2008 at the age of 98. 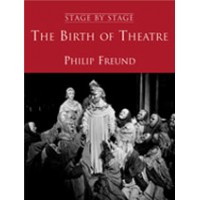 Stage By Stage Vol. I: The Birth Of Theatre 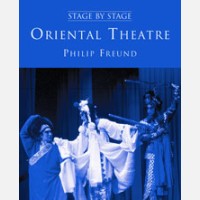 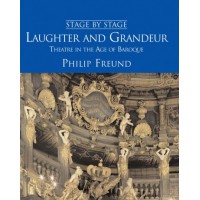