Step inside the world of Europe's premier chanteuse

Edith Piaf's life is almost as famous as her work: from her birth (in the Parisian streets, her mother shielded by two gendarmes) to her death (when her husband allegedly drove her corpse from the hospital where she died to her flat, lest her fans think that she had abandoned Paris) it was a rags-to-riches tale like no other. Discovered singing in the street by the nightclub owner who gave her the stage name Piaf ('sparrow') she rose to become a national heroine. Friends with Charlie Chaplin, Eisenhower, Cocteau, Maurice Chevalier and Marlene Dietrich, she was also at various times chief suspect for the murder of her mentor, an alcoholic and a drug addict. But she always seemed to embody - and still does - something of the spirit of Paris. When she died in 1963, 40,000 people descended on Pere Lachaise cemetary for her funeral and many more around the world remain devotees of her music.

With an introduction by Jean Cocteau

Edith Piaf: The Wheel of Fortune - The Official Autobiography 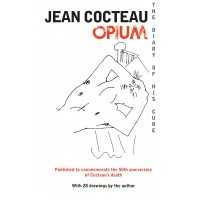 Opium: The Diary Of His Cure

According to legend, Jean Cocteau took to opium in 1923 to assuage his grief at the early death of h..

Marc Chagalls My Life is the artists strange autobiographical essay on his early life, which has est..

Vivid, eccentric and free-ranging, Immoral Memories is written in a style reminiscent of the brillia..